Rheumatology is the medical field that deals with the study of rheumatic diseases or rheumatism. A rheumatologist is the medical specialist whose expertise lies in providing the diagnosis and treatment of these diseases.
There are numerous diseases that directly or indirectly affect the joints; it is generally said that there are over a hundred different rheumatic diseases, that differ in frequency and severity. Many rheumatic diseases are significantly serious for medical and social reasons due to their wide dissemination and for their potentially disabling conditions, such as the rheumatic heart disease, rheumatoid arthritis, severe arthritis and osteoporosis.
Some rheumatic diseases show a close relationship with infectious processes. Lesions in infectious arthritis are caused by bacteria that have directly invaded the joint; in post-infectious diseases (such as in rheumatic fever or acute articular rheumatic) a microorganism causes the disease outbreak, but lesion formation depends on the host’s unpredictable immune response.
Rheumatology has primary chronic rheumatism at its central core as this type of diseases create the pathology that mainly engages the specialist rheumatologist from a clinical point of view due to their frequency and crippling potential. They are inflammatory diseases that affect the joints and periarticular structures with a spontaneously chronic and progressive manner that often deforms and stiffens the joints. Within the primary chronic rheumatism sphere there are two distinct main groups: the “rheumatoid group” and the “spondyloarthritis group”. The rheumatoid forms selectively attack the joints of the limbs, while the spondyloarthritis forms generally affect the spine.

With the term "systemic connective tissue" we refer to a group of diseases, formerly called "collagen-vascular diseases" or "collagenosis". The five diseases classically considered "collagen diseases" are rheumatoid arthritis, systemic lupus erythematosus, polymyositis/dermatomyositis, scleroderma or systemic sclerosis and polyarteritis nodosa. The systemic connective tissue disorders are typically multifactorial diseases. Some responsible factors play a role that is somewhat important from time to time: genetic factors, environmental factors, among which there are most likely infectious factors, endocrine factors (particularly sex hormones), factors generically definable as both physically and psychologically "stressful". The disease derives from immune system alterations, which starts off as a defence system against foreign substances and transforms itself into an offensive system, attacking the cells and tissues of the organism itself by means of autoantibodies or clones of aggressive cells.

Dysmetabolic rheumatisms depend on metabolic disorders that condition the precipitation or deposit of microcrystalline materials in the joints. The best known rheumatism is that of the gout, which derives from excessive uric acid in the blood. Uric acid is a sparingly soluble substance that results from purine metabolism; important substances that enter in the composition of nucleic acids found in all body cells.

Degenerative rheumatisms encompass all forms of arthrosis (or osteoarthritis). Hereditary-constitutional factors prevail in primary forms, whilst in secondary forms those of a mechanical, traumatic nature, etc. The most common rheumatic disease is arthrosis. Its most severe forms are amongst others, coxarthrosis (degenerative disease of the hip joints) and gonarthrosis (knee osteoarthritis) which are highly incapacitating, but also other forms, such as those affecting the spine, hands and feet and have a high social impact in terms of morbidity, disability and physical suffering. Although there is no close link between arthritis and ageing, it is evident that an increase in life expectancy has put more pressure and costs on the health demand connected to degenerative processes of the musculoskeletal system.
Extra-articular or soft tissue rheumatisms shown in numerous diseases have painful manifestations that are very evident, while inflammatory manifestations vary substantially. Many localized diseases fall into this category, such as periarthritis, tendonitis, bursitis, enthesitis, myofascial syndromes and fibromyalgia. Although not much attention has been given to these forms, they make up a large part of the painful diseases commonly labelled as "rheumatic pains", and are responsible for numerous cases of temporary disability and work absences.

Metabolic bone diseases also fall within the Rheumatology field, such as osteoporosis and osteomalacia, as the bones are a part of the musculoskeletal system. From a clinical point of view bone diseases are often associated with or differentiated from those affecting the joints.
While rheumatic pathology of a degenerative nature (degenerative rheumatism) is frequently a synonym of middle-age and the elderly, the immune-mediated rheumatic pathology (inflammatory rheumatism) exhibits symptoms mostly in young adults, and even in adolescents and children. One of the most fearsome types of inflammatory rheumatisms with possible chronic and sometimes disabling progress, is Adult-onset Still’s disease or systemic juvenile idiopathic arthritis. This disease typically affects children of 0-10 age group; systemic lupus erythematosus regularly affects young girls or more frequently teenage girls; ankylosing spondylitis often affects the youngsters during their age of military service; rheumatoid arthritis can show its first symptoms in young women after childbirth or stressful situations. 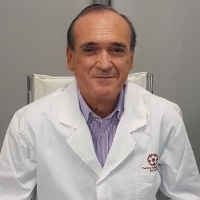