Orthopantomography (also known as panoramic radiography of the dental arches) is an X-ray technique that takes an image of the teeth, dental arches, mandibular and maxillary bones and the maxillary sinuses on a single X-ray film. It also allows to perform specific x-rays of the temporomandibular joints, namely the joint between the mandible with the temporal bone allowing the mouth to open and close.
With the same instrument one can take skull teleradiographies, CT Dentascans and CT scans of paranasal sinuses in order to meet the growing demands of dentistry and maxillofacial surgery, providing clear and reliable three-dimensional images. During the scan, each image is taken using single x-ray pulses instead of a continuous radiation, significantly reducing the patient’s exposure to it. 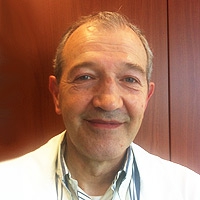